To share your memory on the wall of Clyde Beaver, sign in using one of the following options:

Print
Clyde C. Beaver, lovingly known as “Beaver”, age 71 of Wyandotte, Oklahoma, formerly of Joplin, MO passed away on February 12, 2021 at Integris Grove Hospital with his family by his side.

Clyde was born on March 23, 1949 in Neosho, ... Read More
Clyde C. Beaver, lovingly known as “Beaver”, age 71 of Wyandotte, Oklahoma, formerly of Joplin, MO passed away on February 12, 2021 at Integris Grove Hospital with his family by his side.

Clyde was born on March 23, 1949 in Neosho, Missouri, the only son of Otis and Geneva (Bellamy) Beaver. Clyde attended Joplin area schools in his childhood. In his young adult years, Clyde hauled gasoline, and drove over-the-road. At one point he had 5 trucks of his own on the roads hauling goods across the states. He then found what he would do for several decades when he became a cement salesman. He worked for G&H Redi-Mix, Wilson’s Vault and Redi-Mix, and Associated Redi-Mix and was known as the man with the cooler full of pop and water that was always welcome on the many job sites he visited, almost always in a red pick-up. It was through his years of selling cement that “Beaver” made hundreds of friends all across the 4-State Area.

Clyde was a man of many hobbies, and would find new things to throw his money at at what seemed like on a weekly basis. Some of his hobbies include slot car racing, stock car racing, go-cart racing, pretty much if it had a motor, he and his baby boy, Randy would race it. In the recent years, Clyde and Randy began to pass that gear head mentality onto Clyde’s grandson Karsyn. He has also owned and rode Harley Davidson Motorcycles, a 1948 Chevy Sedan, and many off-road vehicles.

In his retirement Clyde moved to Grand Lake where his time was spent boating and fishing. He was so proud to have had his pontoon that he could enjoy with his family that he held so dear. Clyde was a man that was very proud of his family and he loved them fiercely.

Clyde was united in marriage on January 1, 1995 to Carolyn Lawson. Together they enjoyed 26 years of marriage.

A memorial visitation to honor Clyde has been scheduled for Friday, February 19, 2021 from 5-6 p.m. at the Mason-Woodard Chapel. Out of respect for the family, all who wish to come and remember Clyde must wear a mask and please keep social distance from the family.

To send flowers to the family or plant a tree in memory of Clyde C. Beaver, please visit our Heartfelt Sympathies Store.

We encourage you to share your most beloved memories of Clyde here, so that the family and other loved ones can always see it. You can upload cherished photographs, or share your favorite stories, and can even comment on those shared by others.

David and Janet Ross and Wilson Family Medicine sent flowers to the family of Clyde C. Beaver.
Show you care by sending flowers

3 trees were planted in the memory of Clyde Beaver

David and Janet Ross purchased flowers and planted a memorial tree for the family of Clyde Beaver. Send Flowers 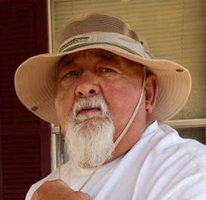