To share your memory on the wall of Robert Clark, sign in using one of the following options:

Bob was born on July 3, 1938 in Ogden, Utah, the son of Francis and Nellie (Tracy) Clark. He earned his Bachelors and Masters degrees at Brigham Young University and a Ph.D. from the University of Oregon. He also served in the U.S. Air Force. He married Marsha Oakes on May 28, 1981 in Ogden, UT., she survives. Bob and Marsha moved to Joplin in the fall of 1984 where he taught Broadcasting and Communication at MSSU. He was instrumental in starting KGCS Television and KXMS Radio at Southern. He retired from MSSU in 2008. He was a faithful member of the Church of Jesus Christ of Latter-Day Saints and served a church mission to Denmark.

Bob was preceded in death by his parents, a sister; Darlene Penrod, and two brothers; Darrell Clark and Joe Clark.

Funeral services have been scheduled for 2:00 p.m. Wednesday, December 30, 2020 at the Mason-Woodard Chapel. Burial will follow at Ozark Memorial Park Cemetery.

To send flowers to the family or plant a tree in memory of Robert L. "Bob" Clark, please visit our Heartfelt Sympathies Store.

With love, Jordan and Derek Stanton, David and Mary Vu-Barwick, and other have sent flowers to the family of Robert L. "Bob" Clark.
Show you care by sending flowers

Posted Dec 30, 2020 at 07:06pm
Bob bailed my bride and me out of a sticky problem on our honeymoon by bringing us his own car to replace the broken down one I had borrowed from my dad, Lynn Penrod. We were then able to complete our trip without major concerns other than replacing a tire that was about to fail. Wonderful trip, rescued by a big-hearted uncle. We were thrilled when he and Marsha married.
Comment Share
Share via:
GP

Posted Dec 30, 2020 at 02:48pm
Uncle Bob was always someone I looked up to. Of all the Clarks, Bob was the kindest, most patient, and friendly of them all. As a kid I appreciated that. When I lived back east and was moving out west, we ran into some unexpected car problems. Already running on a very thin budget caused by lack of work, we needed a place to rest. Bob graciously opened his house for us to spend the night, me and my traveling party of 5 there in Warrensburg Missouri. This was just before he met Marcia and married her.

I always wished he lived out here so I could visit with them more often and get to know all of you much better. But from what I see, Uncle Bob has plenty to be happy about with his family. He loves you. You are all admired and loved. Bob will certainly be missed by all of us.
Comment Share
Share via:

Posted Dec 30, 2020 at 12:31pm
I remember when working with the cub scouts one evening after a pack meeting the boys were being pretty roudy, your dad simply said, “Easy Cougar”... I have never forgotten the way he said it. And the boys actually stopped! It’s a favorite memory !

Posted Dec 30, 2020 at 12:23pm
We were saddened to hear this morning of Robert Clarks passing. He was a kind and thoughtful man and a dedicated servant of the Lord. I so appreciated his careful attentention to duty as we worked together in our church assignments. I love and respect this great man. We send our sympathy to his wife Marsha and his family. You will be in our thoughts and prayers.
Kerry and Brenda Beyeler
Comment Share
Share via:
WS

With love, Jordan and Derek Stanton

Posted Dec 29, 2020 at 06:17pm
We offer our condolences and deepest sympathy during this difficult time. Your family will be in our thoughts and prayers.

With love, Jordan and Derek Stanton purchased flowers for the family of Robert Clark. Send Flowers 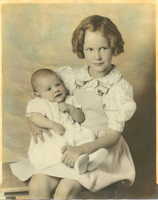