To share your memory on the wall of Michael Carden, sign in using one of the following options:

Mike was born on October 1, 1957 in Joplin, the son of Donald and Louise (Martin) Carden. He has been a lifetime area resident. In 1975 he graduated from Memorial High School. He married Cynthia (Cindy) Terry on August 4, 1979 in Joplin. Together they were blessed with two sons. He worked as a truck driver for Nutra Blend he was recognized for driving a million miles accident free. In 1999, he was honored to receive both Driver of the Month and Driver of the Year from Ryder. He also owned and operated Carden’s Wrecker Service from 1986 to 1998. He was a member of Cornerstone Baptist Church in Neosho, MO. He enjoyed working with his tractor, and he was a car enthusiast. He was an attentive and well loved papa, always ready to give tractor rides, play a mean game of marbles, or snuggle on the couch.

Mike is survived by his wife, Cindy Carden, Neosho, MO; two sons, Adam Carden and wife Emily, Joplin, and Kyle Carden and wife Priscilla, Neosho, MO; his parents, Don and Louise Carden, Joplin, MO; three brothers, Greg Carden, Joplin, Bryan Carden and wife Kami, Holly Ridge, NC, and Darren Carden, Joplin; and five grandchildren, Tatum, Hayden, Bronson, Jaxon, and Lilliana Grace (who is arriving in April).
Funeral services will be 3:00 p.m. Sunday at Mason-Woodard Chapel. Reverend Terry Swagerty will officiate. The visitation will be 2-3:00 p.m. Sunday, prior to the service. There will be a private family burial on Monday at Union Cemetery.

Memorial contributions may be given to Gideon Bibles International or The Red Cross in care of the Mason-Woodard.

To send flowers to the family or plant a tree in memory of Michael Carden, please visit our Heartfelt Sympathies Store.

Bryan,Kami,Garrett,Sally,Jordan, Carly,Steph,Brand, Mike and Chris Fletcher, and other have sent flowers to the family of Michael Carden.
Show you care by sending flowers

Guaranteed hand delivery by a local florist
BC

Posted Dec 24, 2020 at 11:16am
Adam and Emily, Our thoughts and prayers are with you during this difficult time.

Posted Dec 24, 2020 at 10:33am
Mike "Porkchop" and I were great friends. We ran together quite alot at Nutra Blend. Enjoyed many a meal together and after I left Nutra Blend we stayed in touch and when I'd come back to Neosho we would get together and share memories. I'll truly miss Mike but now he is in a perfect body in heaven. Mike White
Comment Share
Share via:
JH

Posted Dec 23, 2020 at 07:22pm
Sending our thoughts and prayers for your family. Mike was a wonderful man I am thankful I knew him. Our deepest sympathies. 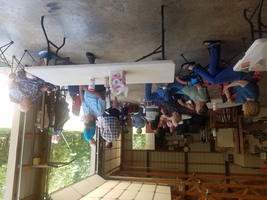 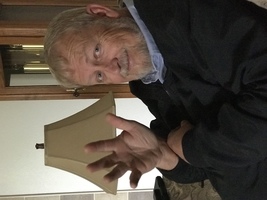