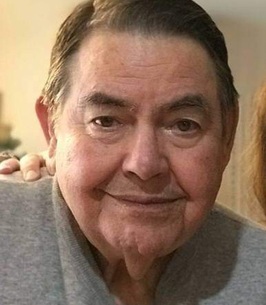 Norman L. West passed away Thursday, September 29, 2022, at the Carthage Health and Rehab after several years of failing health. Norman was born to Glen and Freda (Qualls) West on January 24,1936 at Oronogo, Mo, where he resided the rest of his life.

Norman worked for Atlas Powder Co. all his working years ending as manager of the Kinepak division. His hobbies were fishing and raising prize tomatoes in his garden. Family was Norman’s life, and he was a wonderful husband and fantastic father.

Norman became a Christian at 27 years old and tried his best to live a faithful life. He was a member of the 1st United Methodist Church of Oronogo.

Norman married the love of his life, Mildred Pollan of Grove, Oklahoma, on November 29, 1966, in Kansas City, Mo. She survives at their home. His children are Lynette Rector (Scott), Glen West (Janet), and Melissa Teegardin Martin (Jeff), numerous grandchildren and great-grandchildren.