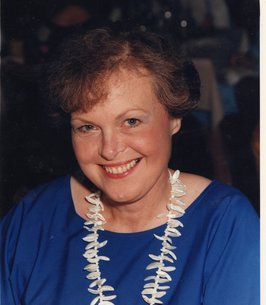 She attended schools in Reading, PA.

After her schooling ended, June worked at a number of jobs, with positions at a knitting mill, an
automobile parts manufacturer, a public school, and a daycare facility, but the job she was most
proud of was her work as a physical therapy assistant. She found fulfillment and challenge in this
work. In fact, when two of the physical therapists left the first clinic to start their own practice, they
pleaded with June to come work for them. After weeks of consideration, she agreed to move to the
new practice, where her hard work, cheerful disposition, and motivational skills served the clinic and
patients well.

June’s early years were spent in Laureldale, PA. At a young age, she went to live with her
grandparents, Charles and Anna Ritzman. After her grandfather passed away, she lived at the
Children’s Home in Reading, PA.

June met David M. Raihl in 1955, while they were both employees at the knitting mill. They married
later that year, on November 11 and spent the next 65 years together, until David passed away in
October 2021. Together they raised three children, lived in four different states, and went on many
adventures. June could be counted on to help out with any number of activities for various
organizations, clubs, and churches, whether it was serving on the board of the Boy Scout troop,
making homemade doughnuts in the motorhome for a fundraiser, coordinating the annual Girl
Scout cookie sale, or helping Habitat for Humanity on a project--June was always a hard worker,
long after she had retired from work. June also encouraged her children to participate in school &
extracurricular activities & club, and to take on responsibilities.

She loved gardening and tended numerous flowers, shrubs, and trees. She was active and was busy
weeding flower beds and planting annuals up until a week before her passing. She enjoyed traveling,
spending time with family & friends, and being active in her church, and although Covid made those
difficult, she kept in touch with people by phone and regularly watched Sunday services from St.
Paul’s on television.

She is survived by her children, Deena Raihl of Little Rock, AR; Lisa Raihl, of Ft. Worth, TX; Ted
Raihl, of Vancouver, WA; three grandchildren: Lilian, Harrison, and Sarah. Memorial to be held at
Saint Paul's United Methodist Church in Joplin on Tuesday, July 26 at 10:00 AM.

The Family requests that, in lieu of flowers, contributions be made to Ascent Recovery Residences
or Solace House of the Ozarks:
(https://ascentrecovery.org/financial-support/ )
(https://www.solacehouseoftheozarks.com/support-solace-house )