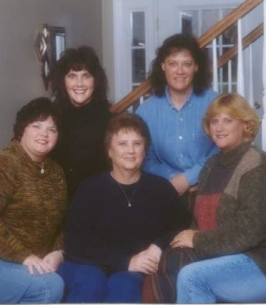 Lena Mae Bertella Edwards, 81, passed away Saturday, July 16th, 2022 in her home surrounded by her
family. She was born April 28, 1941 in Cherokee, KS to William Bertella & Mary Belle (Bowen) Bertella.

She attended school in Cherokee where she was a cheerleader & homecoming queen. As a child, she
loved to hunt & fish with her Dad.

She married Charles Sirratt in 1955. They had 4 daughters and later divorced in 1976.
In 1980, she married Richard E. Edwards at Timmons Chapel in Pittsburg. He preceded her in death in
2016.

In 1974, she began a career at Pittsburg WalMart as the cash office manager. She retired after 24 years
in 1998.

She enjoyed playing golf, bingo, fishing, reading, hummingbirds, spending time with her family, &
playing SkipBo with her caregivers. She made the best chocolate chip cookies!

Special thanks to her excellent caregivers from Adelmo Family Care for their love and companionship.
Also, to the ladies at Fresenius Kidney Care.

And most of all, she loved her family.