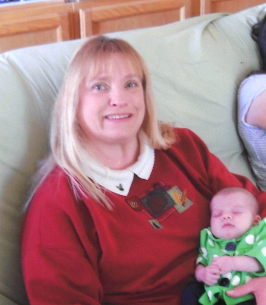 On July 14, 2022, Patricia "Pat" Houck passed away at her home after a 6 year, incredible fight with brain cancer. She is survived by her husband, George "Skip" Houck; daughters, Jessica (Norman "Bub") Cramer and Charlene (Benjamin "Blaine") Bailey; seven grandchildren, Brittney Lyyski, Andrew Cramer, Cody Cramer, Bailey Mooney, Kyle Gilmer, Mackenzie Bailey, and Georgia Bailey; five great grandchildren, Avery, Henry, Cooper, Olive, and Virginia; sister, Cindi Carroll; brothers Phil Kulp, Denny Wade; brothers in law, Kenny and Barry Houck; three sisters in law ,Diane Allen, Lisa Barrett, and Narcy Fox; aunt and uncle, Hilda and George Page.
Pat is preceded in death by her parents, C. Brooke and Armella Wade; brother, , Dory Wade; parents in law, Vernon and Betty Houck.
Pat was born and reared in Hopewell, Pennsylvania where she met and married her high school sweetheart, Skip, in 1969. In 1985 they moved to Pinecliffe, Colorado. There she worked at the Developmental Disability Center in Boulder where she helped people with disabilities gain employment. She did that until they moved over to their cabin in New Castle in 1995. She had a bountiful garden there and also took care of their horse, dogs, and cats. Pat was a speaker for Stonecroft Minitries, and worked with M.O.P.S. program, sang and directed choirs at various churches and also helped with many Vacation Bible Schools. She would make meals for people that were ill and there is not one person that knew her that did not get a card from her! Pat passed Bible tracts out wherever she went and continuously spread the Good News of Jesus Christ. In 2016, she was diagnosed with brain cancer and was given only 3 months to survive. She and Skip then moved to Missouri to be with family. They attended the New Providence Baptist Church every Sunday that she was physically able to. she fought the good fight for 6 years and was and inspiration to so many people for the strength and endurance she showed. Pat will be dearly missed.