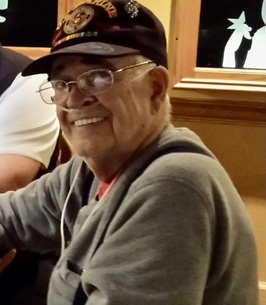 Dr. Jack Davidson of Joplin, Missouri passed away peacefully at his home with his loving wife Patti by his side around 2am Wednesday, June 15, after a long stint on hospice.

Jack’s story starts with the Death of his father Ray. Ray died aboard the USS Grayback submarine during WWII before Jack was born. Though Jack never met his father, he would inspire Jack to a career in the military.

Jack was born in the sleepy Missouri town of Washburn. He and his family moved around the area until settling in Joplin, Missouri when Jack was in the seventh grade. After graduating from Joplin High School in the Class of 1961, he tried a few universities before deciding on following in his father’s footsteps and enlisting into the military. Jack volunteered for two tours of duty during the height of the Vietnam War as a radio operator for the US Marine Corps. During this time, he was honored with the National Defense Service Medal, The Vietnam Campaign Medal, The Presidential Unit Citation of Good Conduct Medal, the Vietnam Service Medal and the Combat Action Ribbon.

After his service to the Corps, Jack went back to school and graduated from MSSU then Logan School of Chiropractic in 1976. His Chiropractic Practice served the Joplin and Webb City areas for fifteen years. During his last few years of practice, his future wife, Patti, started working as his Chiropractic assistant. In 1991, Jack retired from his practice due to heart issues. Jack continued to work on various entrepreneur ventures throughout the rest of his life.

Jack and Patti married on February 29th, 1992. The two were soulmates. During their time together, the two had many great adventures, lovingly hosted many parties for friends and family, and generously gave to others.

In November of 1997, Jack received a heart transplant. The new heart gave him the opportunity to grow closer to his family and friends, travel, and spend time with his wife and family. One would often find Jack enjoying his favorite things that included watching movies, reading fantasy and adventure books, playing cards, and having a well-deserved drink at the end of the day. He was honored to be an active member of the local Marine Corps League.

Jack was a lover of nature and animals. Not only did he have countless companions that are considered house pets such as dogs and cats, but he also enjoyed his time when he had a small horse ranch that housed Arabian horses. Some of his best and closest companions were the many animals whose lives were better because Jack was in them. His love for animals inspired him to become a supporter of the local animal shelters so that he could help more than just the pets he and Patti had.

For 79 years Jack Davidson blessed this earth. He was a tough, stubborn soul who had a much bigger heart than many people realize. His love for friends, family, life and is soulmate Patti are a testament to the kind of person he was. Once you earned Jack’s trust and respect, you had a friend for life. Jack has influenced and impacted more people than he ever realized; many are better because of long conversations with, or wisdom bestowed upon them by Jack. While he will be missed greatly, his sphere of influence touched so many that his legacy and his story will continue.

The family would like to thank Compassus hospice care, his nurses Jennifer, Angie and Susan, and the rest of Jack’s care team. We are truly grateful for everything that you did.

Per Jack’s request, a celebration of life will be held at Whiskey Dick’s in Joplin, Missouri at 1pm, August 4th, 2022.

In lieu of flowers, please make donations to either the Joplin Humane Society or Golden Paw.