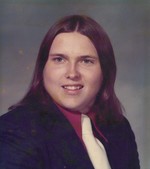 Kirby E. Cooper, 64, passed away at Mercy Hospital on April 19, 2022 after a brief illness. Kirby was born on August 30, 1957 in Carthage, MO to Curtis and Martha (Wilson) Cooper. He attended Diamond High School and graduated class of '75 At age 20 he enlisted with the United States Navy and served his country with pride and dignity. After his service he later became a Printer and was employed with American Can Corp.

On June 17, 2011 he married Reveille Todd-Gould in Florida and then shortly they moved back to the Joplin area. Along with his wife, Reveille of Joplin and parents, Curtis and Martha Cooper of Carthage, Kirby is survived by his two step-sons, Josiah and Nicholas; brother, Kevin L Cooper of Duenweg and sister Susan (Duane) Shuey of Willard, and best friend and brother-in-law Steven Todd.
A life Celebration is to be scheduled at a later date.
Cremation arrangements have been entrusted to the Mason Woodard Mortuary.