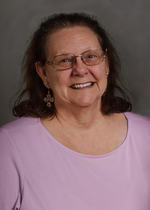 Sharon Kay (Busse) Pogue of Neosho, MO, age 70, passed away on April 14, 2022 due to complications of Diabetes. Sharon was born in Joplin, MO on June 26, 1951 to Harry William Busse and Mary L. (Myers) Busse. She was a lifetime resident of the Joplin area.

Shortly after graduating high school, Sharon married the love of her life, Richard L. Pogue on May 9, 1969. They shared many adventures together in their 50 years of marriage. They loved taking their three kids, Michael, Christina and Tawnia, camping, most of all. As they grew older, they enjoyed going to Branson and would find any excuse they could for a road trip there. Although cancer took Richard from her on December 23, 2019, Sharon remained faithful to him, and looked forward to their reunion.

Sharon was a family woman and loved spending time with them. She also enjoyed sewing and embroidering, along with reading and shopping. She is a former member of the Red Hat Society.

Sharon’s funeral service is scheduled for Tuesday at 2:00 pm, at the Mason-Woodard Chapel. The family will receive friends during a time of visitation from 1:00-2:00 pm Tuesday, prior to service. Burial will follow at Ozark Cemetery. In lieu of flowers, memorial contributions may be made to the American Diabetes Association, or the American Cancer Society, in care of the mortuary.

Arrangements are under the care of Mason-Woodard Mortuary in Joplin.