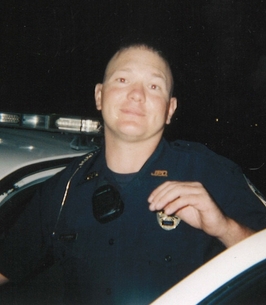 Ben was born on July 26, 1975, in Tulsa, OK., the son of Steven and Joyce (Peterson) Cooper. Ben graduated from Carl Junction High School in 1993. Ben served his country as part of the U.S. Army for 8 years and was stationed in Alaska and Hawaii during his service. Following his service, he moved to the Joplin area and graduated the Police Academy in 2003, where he joined the Joplin Police Department. Later working for a Sheriff’s Department in Montezuma County Colorado, where he was a K-9 officer; then moving back to Joplin in 2013. Ben was an avid outdoors man, loved to bow hunt and fish. Family meant everything to him. Ben enjoyed spending time with his friends.

He is loved and missed by all.

Ben met Roxy Ebbs in 2005 and were together for 15 years and was married on October 3, 2020, she survives. Additional survivors include two daughters; Tiffany Boyer and Ashley Cooper both of the home, his parents; Steven Cooper of Carl Junction, MO and Joyce Cooper of Carthage, MO., one sister; Robyn Jensen and her husband Jason of Carthage, MO., and by two nephews; Luke Gunn and Zackary Gunn of Carthage. Ben was preceded in death by his grandparents, many aunts, uncles and brother-in-law Bryan Gunn.