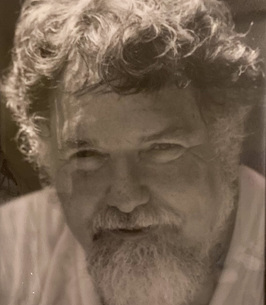 Dr. Robert "Bob" McDermid was born on April 30, 1955 in Pasadena, California, to Margaret (Baxter) and Finlay McDermid. He was the second son. A daughter and another son followed. He lived in Canoga Park, CA growing up. His mother died when he was in elementary school and his father later married Norma (Bunch) McDermid and added two older brothers to the family.

Bob graduated from Chatsworth High School at age sixteen. He then attended Graceland College (now know as Graceland University) in Lamoni, IA, where he received a Psychology degree. He also met the love of his life, Terry Zahniser McDermid, and they married on May 22, 1976, the day before his Graceland graduation.

After his graduation, they moved to Lawrence, KS, where they both took classes – and developed a lifelong love of the Jayhawks. Bob completed his Masters in Counseling Psychology and started his PhD.

Bob's professional career was based around counseling and teaching and he worked while he was finishing his doctorate. Moving to Atchison, KS, he provided services for the Atchison, Oskaloosa, and Leavenworth mental health offices for a year before returning to Graceland to teach and provide wellness services for three years. He then moved back to Lawrence to work on his doctorate and at the same time, taught Psychology for two years at St. Mary College in Leavenworth, KS.

Upon completing his doctorate, he needed two years of supervision to become a licensed psychologist. A phone call brought him and his wife and toddler son to Joplin MO in 1989. The two years they expected to stay grew into 32 years and added another son to the family. Bob worked in private practice, provided psychological care and testing for various services in the community, including the Brady Building, and became a professor at Missouri Southern State University. His love of teaching was evident in the time he spent preparing courses and meeting with students. He also was the Chair of the Psychology Department at the end of his teaching time. He retired May 2020, after 60 years in a classroom both as a student and teacher.

Bob's interests were varied. He loved sports and he coached local teams for over fifteen years. He played basketball in high school and was on the track and field and cross country teams in both high school and college. He ran a number of marathons and other long-distance races over the years. He accepted a summer job during his college years only when he was assured that he could still run his 10 miles every day!

While he did coach his sons in Y Basketball, he became known for his soccer teams and took teams around the Four State area in addition to competing in the local leagues. His first rule was to "Have Fun" and his players knew that also meant they played hard. He was excited that he had been cleared to play basketball with his Geezers Team in Pittsburg and looked forward to once again being on the elementary school court.

Nature and photography were a perfect pairing for him and he could often be seen on the trails around the Joplin area taking pictures of flowers and wildlife. Family and friends would receive photos and videos he'd created from his hikes. He was a member of the Joplin Trails Coalition and walked on the Frisco Greenway Trail most days, usually with his dog. He kept a pair of loppers in his car trunk in case the trail had overhanging branches. One of his favorite locations for hiking was Colorado and he had a list of other places to hike.

Bob was a minister in the Community of Christ and he attended the Joplin MO congregation. His ministry was often behind the scenes. He loved helping with the smaller children at church and continued his involvement in their lives as they grew up. He also enjoyed visiting with the older members of the congregation both at church and at their homes. Several times, he attended SPECTACULAR at Graceland University, an event where up to 1000 campers from around the church could participate in leadership and discipleship development, diverse worship, and expression of arts, music, and sports.

He was excited to be a grandfather and met his brand-new grandson the week before Bob's death. His nieces and nephews loved Uncle Bob and knew that he was good for a joke or two and also that he would be interested in what they were doing in their lives. He was a fount of knowledge and could answer questions or help with a fix-it job.

Countless others will miss Bob: his in-laws, his colleagues, his neighbors, his church community, his students, his friends, his players, and so many more. Bob touched lives wherever he went and that is his legacy.

The family will hold private services at a later date.

Donations may be made to the Joplin Community of Christ Church or to the Joplin Trail Coalition in Bob’s memory in care of the mortuary.