To share your memory on the wall of Michael Harp, sign in using one of the following options:

Mike was born on January 24, 1961 in Carthage, Missouri, the son of Richard and Dorothy (Selby) Harp. He completed his K-12 education in the Diamond R-IV School District, graduating in 1979. A standout long distance runner in high school, Mike went on to compete at Missouri Southern State College and, afterwards, as an independent runner in numerous regional races. While at MSSC, he earned his associate’s degree and later earned a second degree in AutoCAD and drafting.

He married his high school sweetheart, Kristi Macy, on July 17, 1981 in Diamond, Missouri. Together they were blessed with three children. He was an active member of Diamond First Baptist Church where he taught Sunday school classes and led bible studies for several years.

Mike owned and operated American Tool & Engineering, Inc. in Joplin, Missouri for over 20 years. As president/owner, he designed, consulted, and delivered custom tooling for both domestic and international customers. He also served as a frequent guest speaker at Missouri Southern State University, teaching the next generation of drafting & design students.

Mike was an active member of his community. He served on the Diamond School Board from 2002-2005. Additionally, he served on the Diamond City Council and was the interim mayor for a year. Mike also served as a Mighty Mites football coach for Diamond Elementary School for four years. He enjoyed kayaking, hiking, fishing, coin collecting and celebrating life with his family and friends – especially as “Poppy” to his twin granddaughters, Ainsley and Alex.

Funeral services will be held at 11:00 AM on Monday, April 19th at First Baptist Church of Diamond. Pastor Ron Crow will be officiating, with Pastor Greg Snow providing the eulogy.

The visitation will be 2-4:00 p.m. Sunday at Mason-Woodard Chapel. Memorial contributions may be given to the Cerebral Palsy Foundation in care of the mortuary.

To send flowers to the family or plant a tree in memory of Michael Harp, please visit our Heartfelt Sympathies Store.

JCI Industries - Randy Crow, Stephen, Tonya, Meghan & Cole Hatfield, and other have sent flowers to the family of Michael Harp.
Show you care by sending flowers

Posted Apr 18, 2021 at 09:54pm
Kristi, our thoughts and prayers are with you and your family during this difficult time

Posted Apr 18, 2021 at 01:59pm
Please accept our most heartfelt sympathies for your loss... Our thoughts are with you and your family during this difficult time.

Posted Apr 18, 2021 at 01:41pm
With heartfelt condolences your family will be in our thought and prayers. Love the Hatfield Family 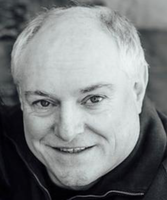