To share your memory on the wall of Roger Short, sign in using one of the following options:

Roger taught a Sunday school class at Reeds Baptist Church in Reeds, MO. He loved his Church and the people there. At Halloween, he really loved giving hay rides to everyone.

Roger had been involved in horse shows, he was really good at knowing a champion by looking at them. He was involved in the kids sports, and even coached for awhile. He enjoyed taking trips to the coast for some barrier island camping and research.

Preceding him in death were his parents, his brothers Scott Short and Ronald Short.

The Celebration of Life services will be held Saturday, February 27th, between 2 - 4pm at Reed's Baptist Church in Reeds, MO.

Family has requested that instead of flowers, please donate to Gideon Bibles.
Read Less

To send flowers to the family or plant a tree in memory of Roger Stanley Short, please visit our Heartfelt Sympathies Store.

We encourage you to share your most beloved memories of Roger here, so that the family and other loved ones can always see it. You can upload cherished photographs, or share your favorite stories, and can even comment on those shared by others.

Matt, Bethany, Noah, and Sophia, and Brad and Chri and Seaborn and Lois Buckalew and Frances Ann Jones sent flowers to the family of Roger Stanley Short.
Show you care by sending flowers

Matt, Bethany, Noah, and Sophia, and Brad and Chri

Matt, Bethany, Noah, and Sophia, and Brad and Chri purchased flowers for the family of Roger Short. Send Flowers

Posted Feb 26, 2021 at 08:29pm
He was such a very nice person n help my parents mowed their lawn n he love giving the kids a hay ride on Halloween n he will be very miss by many n love by many people n will miss seeing him at church
Comment Share
Share via:
SJ

Posted Feb 26, 2021 at 03:49pm
Please accept our most heartfelt sympathies for your loss... Our thoughts are with you and your family during this difficult time.

Seaborn and Lois Buckalew and Frances Ann Jones purchased flowers and planted a memorial tree for the family of Roger Short. Send Flowers 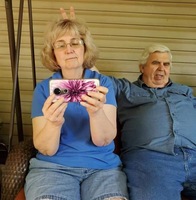 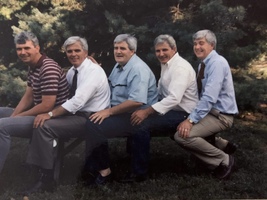 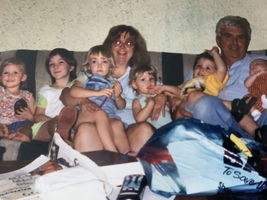