To share your memory on the wall of Austin Stoots, sign in using one of the following options:

Print
Austin Ray Stoots of Wichita, KS passed away peacefully at his home in Joplin, MO on February 15, 2021.

Austin was welcomed into heaven by his Lord and Savior at the age of 79 years old. He was born on August 26, 1941, in Bacon Ridge, M... Read More
Austin Ray Stoots of Wichita, KS passed away peacefully at his home in Joplin, MO on February 15, 2021.

Austin was welcomed into heaven by his Lord and Savior at the age of 79 years old. He was born on August 26, 1941, in Bacon Ridge, MO to Jewell (Sadie) Willis Stoots and Aud E. Stoots, who preceded him in death as well as his brothers Ron L. Stoots of Tulsa OK, and David N. Stoots, Bourbonnais, IL.

Austin is lovingly cherished and remembered by his wife, Lois Plumlee Stoots who he wed on June 16, 1961. They had a full life, living in many places throughout the Midwest. Austin chose to enjoy his work and possessed a work ethic that was evident in all aspects of his life. He worked as an insulator and was voted into the Heat and Frost Insulators Local Union #15 in 1962, where he later served as the Financial Secretary and Business Agent.

Austin and Lois lived in Wichita, Kansas from 1962 until 2001 and attended Colonial Heights Assembly of God where Austin served as a deacon. Austin was a faithful steward of his spiritual gift of helping others, and was his most content when fixing something for someone, or troubleshooting a solution. Austin and Lois served as youth sponsors in the ‘70’s and 80’s where Austin could be found in the driver’s seat of the bus taking kids to youth retreats, and annual youth conventions. He also served as the sound technician at the church, but could also be seen changing a light bulb in the choir loft.

Austin served the Lord by serving others. If you were lucky enough to see Austin on any given day, you were sure to leave with a smile on your face. A gentle giant, his strength was a comfort to those around him and someone you could always depend on.

Before retiring in 2008, Austin and Lois lived in Apple Valley, MN, where they attended and served at Celebration Church in Lakeville, MN. He returned to Joplin to be closer to family, and he spent his retirement years traveling to watch his grandchildren participate in their sporting and school events. Austin also severed as a volunteer at Mercy Hospital, and enjoyed woodworking and creating stained glass pieces for his family and friends.

Due to current conditions, a private, family service will be held and live-streamed on Austin’s Book of Memories page at www.masonwoodard.com.

In lieu of flowers, donations can be made to Convoy of Hope: PO Box 1125, Springfield, MO 65801 www.convoy of hope.com
Read Less

To send flowers to the family or plant a tree in memory of Austin Stoots, please visit our Heartfelt Sympathies Store.

We encourage you to share your most beloved memories of Austin here, so that the family and other loved ones can always see it. You can upload cherished photographs, or share your favorite stories, and can even comment on those shared by others. 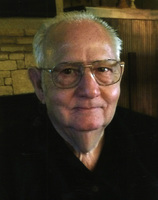 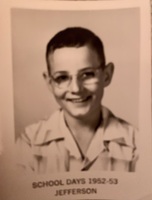