To share your memory on the wall of William Helms, sign in using one of the following options:

Everett was born on July 8, 1937 in Seneca, MO, the son of the late John and Bertha (Turner) Helms. He has been a lifetime area resident. He served in the United States Navy and was a veteran of the Korean War. He worked most of his life in sales. He was a Christian. He enjoyed biking, nature, and fossil rock hunting.

He was preceded in death by his parents; two brothers, Albert and Johnny Helms; and one sister, Lawanda Helms.

Cremation arrangements are under the direction of Mason-Woodard Mortuary & Crematory.
Read Less

To send flowers to the family or plant a tree in memory of William Everette Helms, please visit our Heartfelt Sympathies Store.

There are no events scheduled. You can still show your support by sending flowers directly to the family, or planting a memorial tree in memory of William Everette Helms.
Visit the Heartfelt Sympathies Store

We encourage you to share your most beloved memories of William here, so that the family and other loved ones can always see it. You can upload cherished photographs, or share your favorite stories, and can even comment on those shared by others. 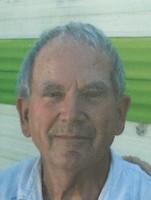