To share your memory on the wall of James Campbell, sign in using one of the following options:

James was born on July 20, 1931 in Joplin, the son of the late Charles and Susie (Clark) Campbell. He was a... Read More
James L. Campbell, age 89 of Joplin, MO. passed away early Tuesday, February 2, 2021 at his home surrounded by his loving family.

James was born on July 20, 1931 in Joplin, the son of the late Charles and Susie (Clark) Campbell. He was a lifetime area resident. James proudly served his country as part of the U.S. Navy, where he received training as an electrician and served on the USS Valley Forge during the Korean Conflict. Following his service, James returned home and began working as an electrician for Voegtle Electric, later he worked for Fagan Electric for many years before retiring in 1993. He was a member of Fairview Baptist Church where at 16 years old he drove the church bus, later he served as a Sunday school teacher and as deacon for many years. James shared his love of St. Louis Cardinals baseball with his mother. In earlier years he enjoyed camping and fishing with his dad and brothers.

He married Lois B. Lawson August 12, 1950, they were married 63 years when she preceded James in death on May 16, 2014. James was also preceded in death by his parents and by a brother, Charles Campbell.

Graveside military honors will be held at 11:00 a.m. Saturday, February 6, 2021 at Osborne Memorial Cemetery. The family has elected to observe an Open Visitation in which friends are able to pay their respects during operating hours of the funeral home.

In lieu of flowers contributions can be made to Fairview Baptist Church.

James Leonard Campbell was known as Jimmie to our mother and to many of his family and friends. Lois and Jimmie were sweethearts beginning in grade school and throughout their lives together. I remember mom telling us that when he moved to Bremerton Washington in the 7th and 8th grades she thought she would literally die. They became pen pals during that time of separation and were happily reunited in the 9th grade when he moved back to Joplin. Soon after they were married in 1950 dad enlisted in the US Navy where he served on the USS Valley Forge Aircraft Carrier during the Korean Conflict. I remember dad telling me that while on the ship when one of his fellow shipmates would become a father the ship would announce over the loud speaker the good news and that instead of announcing the arrival of a son or daughter for him, they announced that he had a baby sister, he received a lot of ribbing for it, but would just quietly shake his head. Dad never had anything bad or negative to say to or about anyone. While in the Navy dad made lifelong friends, two in particular were Bob Rice and Scotty Bunch. We grew up with their families and even though separated by many miles we managed to get together occasionally and stay in touch – thankfully, both of his Navy buddies contacted him by phone recently.

Our dad had a winning smile and beautiful blue eyes, in fact all of the Campbells have blue eyes. Me and Brad were known as the brown eyed Campbells, which we inherited from mom’s Lawson family. We enjoyed many family get togethers with both the Campbell and Lawson families for holidays, birthdays, and big family reunions, sometimes both families in the same day. The tables ran over with food and we crowded around to eat, laugh, and share our life experiences. We thought those days would never end, for me this week it feels like it has.

Dad spent many hours baiting trotlines with his dad and brothers. My grandpa Campbell was known as Catfish Charlie and truly lived up to the name, dad and Uncle Charles were right there with him. For several years dad and mom were part owners at Walnut Cove Resort on Grand Lake where they had a mobile home and motor boat with boat lift that he was very proud of. One year he snagged a spoonbill catfish on his trotline that extended from one side of the boat to the other. Mom was terrified of being on the water but prayerfully endured dad’s treks out onto the lake because she knew how much he loved it.

Dad enjoyed trips to Silver Dollar City each fall where mom setup to display quilts and crafts for over 25 years. He would be there with her for anything she needed then look forward to going to the music shows at night where mom after an exhausting day would enjoy most of the shows while dosing in her seat. They also spent many years traveling and setting up at War Eagle Craft Show in Rogers, Arkansas and to the National Quilt Show in Paducah, Kentucky.

To me and my brother Brad, James Leonard Campbell was simply Dad. He was the perfect example of what a good Christian father should be. We were in church twice on Sundays and every Wednesday night growing up, we sat down together for meals where he would say the blessing for the meal and for our daily lives. We couldn’t all be together for Christmas this past year, but those of us that were there heard our Dad say the sweetest blessing for our meal. It was the last we will hear in this life but thanks to the guidance of both of our parents, and because of our faith and trust in Jesus Christ as our Lord and Savior, we will hear dad’s prayers again in the next life. Our dad was known as grandpa to Brian, Stacy, Chris, Erin, Julia, and Corbin – they all loved spending time with grandpa. He was known as Jimmie to his parents, siblings, aunts, uncles, and cousins. He was Uncle Jimmie to many nieces and nephews. I remember as a child when the four of us would pile into the car to go home from just about anywhere mom would say to dad, “home James”. I still repeat this same quote occasionally to my husband Tom, thankfully he tolerates it.

There was the time at the age of 15 after taking drivers’ education class in high school and with my drivers’ permit in hand I finally talked Dad into letting me drive one Sunday afternoon, I had interrupted his nap or ballgame or something. He patiently agreed to let me drive – I put the car in reverse and backed down our sloped driveway way too fast, he quietly told me to slow down but I was at a total loss as to what to do and I replied “where is the slow pedal”? He physically reached across the console of the car and applied the brake with his hand, we ended up across the street in the weeds without further incident other than my afternoon trip had ended – again he never lost his temper or raised his voice. Dad recorded many of our family memories and childhood on film in the form of slides, one I remember in particular is of the big hole in the back end of our cinder block garage after Brad at the age of 14 decided he would pull our family car into the garage to prevent sap from our trees dripping onto the car. Dad didn’t get upset, he did have Brad help with the repair of the garage. We couldn’t have picked better parents if we would have had a choice. There are countless sweet family memories of our dad that we will always treasure and hold in our hearts until we meet again – we love you dad,

To send flowers to the family or plant a tree in memory of James Leonard Campbell, please visit our Heartfelt Sympathies Store.

We encourage you to share your most beloved memories of James here, so that the family and other loved ones can always see it. You can upload cherished photographs, or share your favorite stories, and can even comment on those shared by others. 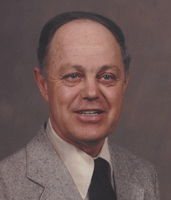 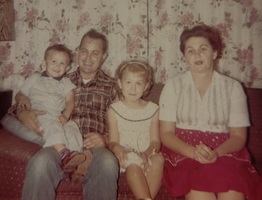 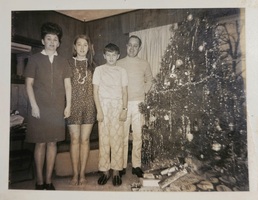