To share your memory on the wall of Pamela Clark, sign in using one of the following options:

Print
Pamela Jean Clark, age 62, of Purcell, MO, passed away on Wednesday, January 13, 2021. She had battled liver disease for many years. Her long struggle came to a peaceful end at her home.

Pamela was born on September 12, 1958, in La... Read More
Pamela Jean Clark, age 62, of Purcell, MO, passed away on Wednesday, January 13, 2021. She had battled liver disease for many years. Her long struggle came to a peaceful end at her home.

Pamela was born on September 12, 1958, in Lamar, MO, the daughter of Charles Reed and Geneva (Williams) Reed. She graduated from Webb City High School in the class of 1976. She married Jackie Clark October of 1976. After having 4 children, she went to MSSU and received an associates degree in accounting. She went to work for her father at Triple R Garage. She then worked payroll at Talbott for several years. She took a break from the workforce during which she took care of her ailing father-in-law. Her most recent employment was at Walmart in Webb City. She started out in the automotive department and eventually went overnight to the mod team.

In her younger years some of her favorite pastimes were reading and collecting Elvis Presley memorabilia. In high school she was a member of the redettes and played clarinet in the band. As time went on, she found joy in visiting friend's and family's homes and spending the evening playing cards. She also enjoyed taking trips on a motorcycle. Later in life she found pleasure in fishing and hunting and working in the yard.

A memorial visitation will be held at 2pm Sunday, January 17, at Mason-Woodard Chapel in Joplin.
Read Less

To send flowers to the family or plant a tree in memory of Pamela Jean Clark, please visit our Heartfelt Sympathies Store.

We encourage you to share your most beloved memories of Pamela here, so that the family and other loved ones can always see it. You can upload cherished photographs, or share your favorite stories, and can even comment on those shared by others.

Posted Jan 15, 2021 at 04:12pm
Best friend ever since second grade! From Playing Barbies & tag with the cousins to cruising Main, dancing, camping trips, loss of a parent & breakups we were there for each other. In honor of her favorite color I encouraging everyone to wear Purple for Pam to her service.
Comment Share
Share via: 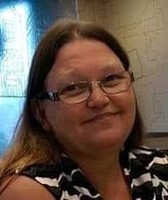