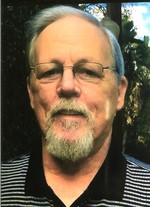 James G. Schultz went to his heavenly reward on January 3, 2021 from complications of COVID-19.
Jim was born in Valley Stream, New York on April 8, 1949, the 3rd child of Jerry and Harriett Schultz and resided in Joplin, Missouri most of his life.

Jim was preceded in death by his parents, Jerry and Harriett Schultz, and one great granddaughter Charlotte Fernside.

Jim was an owner/operator of Standard Service Stations in Sarcoxie and Joplin, Missouri. He was co-owner of Metro Service Center and Joplin Truckstop in Joplin, Missouri. He retired after leaving Wallace Industries formerly known as Martin Oil Company. Most recently ne became the development director for a Christian nonprofit, Higher Power Garage, a position he was so excited to be a part of.

Much to his family’s dismay (because of his known clumsiness), Jim decided skydiving should be his sport. His first solo jump landed him in a barbed wire fence, but as he persisted, he became quite accomplished preforming beautiful formations with fellow jumpers. He enjoyed playing his trumpet but especially enjoyed woodworking with his brother Don. Jim was a former member of the Joplin Area Chamber of Commerce and served as an Elder at Cornerstone Christian Church. Jim’s biggest passion was for his Lord and Savior. He desired to serve others and loved people enormously. Being hospitalized the last weeks of his life did not hinder his passion for others.

From day one of his time there he was witnessing, encouraging, and praying for others, all of his caregivers, Drs., nurses, clergy, but especially for other patients, specifically COVID patients. Numerous hospital associates commented on what a special person Jim was. There is no doubt Jim’s final days brought glory to God and that was his heart’s desire. Jim was so well loved and will be missed beyond measure.

Cremation arrangements are under the direction of Mason-Woodard Mortuary & Crematory Joplin, Missouri