To share your memory on the wall of Eric Etcheson, sign in using one of the following options:

Eric was born on April 24, 1977 in Webb City, Mo., to Billy and Deborah (Yarborough) Etcheson. Eric was a lifetime area resident. He was plant manager at Clean Uniform. Eric was a giving person; he would give you the shirt off his back if you needed it. He was the boss as well as the glue to the family. He loved his family and made sure they were taken care of. He loved being an uncle to his nieces and nephews were his world. Eric enjoyed camping, trail riding with his niece Gabby, and just being with his family and friends.

A memorial service has been planned for Saturday, December 19, 2020 at 11:00 a.m. at New Beginnings Outreach in Purcell, Mo., please send all flower arrangements to the church for the service.
Read Less

To send flowers to the family or plant a tree in memory of Eric Gene Etcheson, please visit our Heartfelt Sympathies Store.

We encourage you to share your most beloved memories of Eric here, so that the family and other loved ones can always see it. You can upload cherished photographs, or share your favorite stories, and can even comment on those shared by others.

Dave and Joyce, Becky and Joe, Cass and Jonathan and Sharia Patton sent flowers to the family of Eric Gene Etcheson.
Show you care by sending flowers

Flowers were purchased for the family of Eric Etcheson. Send Flowers

Dave and Joyce, Becky and Joe, Cass and Jonathan

Dave and Joyce, Becky and Joe, Cass and Jonathan purchased flowers for the family of Eric Etcheson. Send Flowers

Flowers were purchased for the family of Eric Etcheson. Send Flowers

Posted Dec 15, 2020 at 10:14pm
Eric will be missed he taught us all how to be tough never back down always stick together he was a big inspiration growing up. Eric will always be a bad a— teacher and friend from my childhood. My thoughts and prayers go out to his family.
Comment Share
Share via:
SP 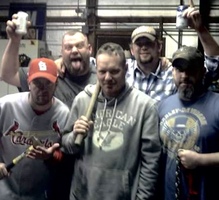 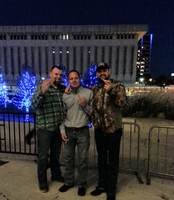