To share your memory on the wall of William \"Bill\" Spencer, sign in using one of the following options:

Bill was born on December 10, 1932 in Verona, Mo to the late P.A. and Dorothy (Johnson) Spencer. Bill served in the United States Navy during the Korean War. While serving in the Navy, Bill went through electrical training. After his time in the Navy, he worked as a motor repairman and in building maintenance as an electrician. On April 8, 1954, Bill was united in marriage to the love of his life, Mary Seward. Together they raised three children, Cathy Kenny, and Roger. Bill and Mary enjoyed being members of the Missouri Campers Club and of the round dance square dance club. Bill also served as the secretary for the Diamond School Board.

In lieu of flowers, Bill’s family has asked for memorial contributions to be given to the Parkinson Foundation, in care of the mortuary.

To send flowers to the family or plant a tree in memory of William "Bill" Spencer, please visit our Heartfelt Sympathies Store.

We encourage you to share your most beloved memories of William "Bill" Spencer here, so that the family and other loved ones can always see it. You can upload cherished photographs, or share your favorite stories, and can even comment on those shared by others.

Posted Dec 01, 2020 at 11:18am
Pa Spencer, such an amazing Man that I named two of my boys after Him! William Spencer💖 This was at Bluegrass and I was so excited they came bc they love music, one of their last big adventures and I got to be a part of it! One picture is at their beautiful home with my nephews, they adored watching us all raise our children and their home was Our Home Base where so many sweet family memories where made♥️ Pa was a humble sweet man that always took care of us all and allowed Granny to be bossy🤣 He would send china and gifts from Japan where he was stationed to remind Her he was longing to be Home. He was also one of the smartest humans I've know, he could fix anything!! Dryers fans anything with a motor especially bc ge would just rewind any motor that needed it!! If there was any family drama (come on we all have it), he would just love us all amd stay quiet and out of it best he could. We should all wanna be a lil more like Pa in so many ways. We always prayed and held hands before family meals💖 He always taught us by showing us that TIME is the Best Gift we can give to those we care and love in our lives! Pa, I know you were ready to be with Jesus, but my heart is still struggling a bit, but that's bc you taught us to Love so BiG♥️ 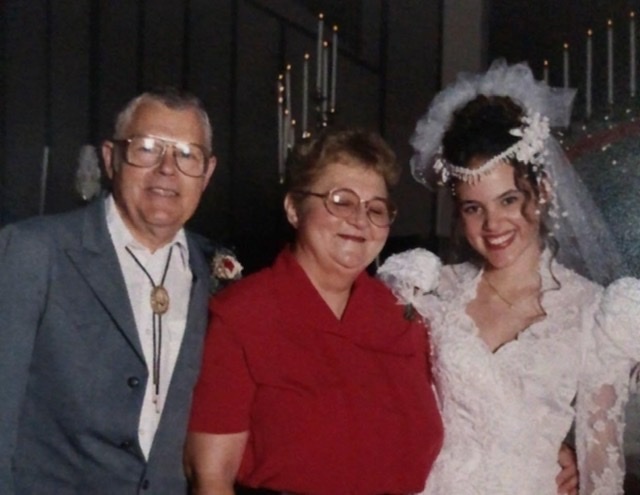 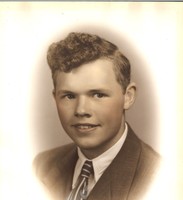 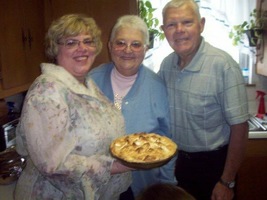 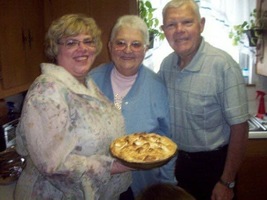 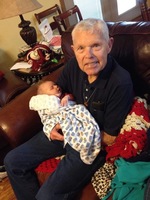