To share your memory on the wall of Dan Wininger, sign in using one of the following options:

Son of the late Vernon and Nona (Hill) Wininger, Dan was born on February 1, 1957 in Joplin. Dan found his perfect match in the girl... Read More
Dan J. Wininger, of Joplin, Mo., passed away on Saturday, November 14, 2020 at Mercy Hospital in Joplin.

Son of the late Vernon and Nona (Hill) Wininger, Dan was born on February 1, 1957 in Joplin. Dan found his perfect match in the girl next door. A simple meal and a drive-in movie were all it took to impress his future bride Kathy (Rea) on their first date. Dan played, “You are so Beautiful” on the jukebox, and she was hooked. The two were married on June 17, 1977, and the music never stopped.

Dan had a true gift for working with cars, opening Wininger Auto Body in Joplin in 1988. He shared this talent and his artist’s eye with his son who now runs the business. In his later years he invested in the next generation, teaching collision repair as an instructor at Franklin Tech. He was an active member of the SSR-Fanatics, frequently attending their car shows with his customized ride.

Dan had a passion for singing, whether he was serenading his wife or performing vintage classics on the local karaoke stage. He found joy in the simple things of life, including a drive on a backroad with his wife, a good cup of coffee among friends, an evening spent with his family or a well-constructed ice-cream cone.

Of his many titles, the ones he loved best were Husband, Daddy and Papa. His laugh was infectious, and he was known to always have a dad joke locked and loaded. His 43-year marriage produced one son, D.J. Wininger, with his wife Rachel (who preceded Dan in death), and two daughters, Mandy Edmonson, with her husband Josh, and Brittany Friend, with her husband Jerry. He was a cherished Papa to eight grandchildren and one great-grandchild: Emily and Sarah Swaim, Alyvia Friend, Emma Edmonson, Jaydence Martin, Krystin and Rose Menejias, A.J. Bristow and Aurora Menejias-Burrows.

Dan left a beautiful legacy of a family who loves the Lord. As a faithful member of Journey Church, Dan was always ready to share the truth of Jesus Christ with anyone who had a willing ear. While now is a time to mourn, he would want his family and friends to also rejoice, confident in their heavenly reunion, which will no doubt include gospel karaoke and an ice-cream buffet.

Funeral services will be held on Friday, November 20, 2020 at 11:00 a.m. at Wellspring Church. Following the service, the SSR Car Club will lead a car processional to the graveside for all to spend a moment together at Dan’s final resting place. A private family burial will follow at a later date. The family will receive friends for a time of visitation on Thursday, November 19th from 6:00 p.m. until 7:00 p.m. at Mason-Woodard Mortuary in Joplin.

Arrangements are under the care and direction of Mason-Woodard Mortuary & Crematory.
Read Less

To send flowers to the family or plant a tree in memory of Dan J Wininger, please visit our Heartfelt Sympathies Store.

We encourage you to share your most beloved memories of Dan here, so that the family and other loved ones can always see it. You can upload cherished photographs, or share your favorite stories, and can even comment on those shared by others.

Geordan, George, and Mila at John Meyer Salvage, Arthur E. Pullam,iii, and other have sent flowers to the family of Dan J Wininger.
Show you care by sending flowers

Posted Nov 20, 2020 at 01:34pm
Dan, I am so glad to have meet you and Kathy. Such wonderful GOD loving and caring folks. I will always cherish our lunch together that started a great friendship. I loved the lantern you and Kathy brought me for Christmas. You made it home my friend and one day I will see you there.
Comment Share
Share via:
JB

Posted Nov 20, 2020 at 11:56am
This is a good person always had a smile on his face loved talking about his wife a glow would come on his face when he mention her. He always had a good joke to tell. It was always a pleasure to talk to him. Will miss my friend. Dan . my prayers go out to his family and friends gods army just got stronger.
Comment Share
Share via:
BG

Posted Nov 20, 2020 at 11:51am
Prayers and thoughts for all of you during this hard time. Dan was a great family man and friend that loved Jesus. One day We'll be reunited with him in heaven.
Comment Share
Share via:
RH

Posted Nov 20, 2020 at 09:51am
Praying for comfort during this difficult time.
Dan will be missed by so many!
Ricard and Christina Hatfield
Comment Share
Share via:
DD

Posted Nov 19, 2020 at 04:46pm
Kathy, Mandy, Brittany and DJ, I am so saddened over the loss of Danny. Please know you are in my thoughts and prayers, Billie Bull
Comment Share
Share via: 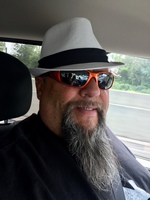 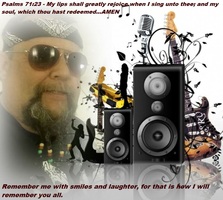