To share your memory on the wall of James Oglesby, sign in using one of the following options:

James was born on May 14, 1928 in Blanchard, Oklahoma to the late Elbert and Viola (White) Oglesby. James was born and r... Read More
James E. Oglesby, age 92, of Joplin passed away Saturday, October 3, 2020 at Mercy Hospital after a sudden illness.

After his family, James’ s second love was his business, Short Creek True Value in Galena, Kansas and his former employer Tri State Motor Transit. James was an active member of Royal Heights United Methodist Church where he was a Sunday School teacher.

James will be interred at Mount Hope Cemetery in Webb City at a later date with a private family service.

Arrangements are under the care and direction of Mason-Woodard Mortuary in Joplin, Missouri.
Read Less

To send flowers to the family or plant a tree in memory of James E Oglesby, please visit our Heartfelt Sympathies Store.

We encourage you to share your most beloved memories of James here, so that the family and other loved ones can always see it. You can upload cherished photographs, or share your favorite stories, and can even comment on those shared by others.

Posted Oct 15, 2020 at 03:29am
He was such a nice man. I always enjoyed his joyful smile when shopping in the store. Prayers for your family.
Marilyn Kinsley
Comment Share
Share via:
BL 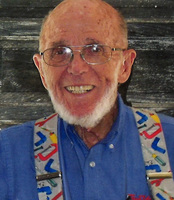 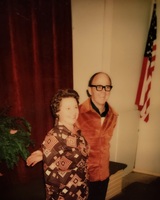