To share your memory on the wall of Michael Westfall, sign in using one of the following options:

Mr. Westfall, son of the late Arthur and Fern (Paradee) Westfall, was born on July 13, 1947 in J... Read More
Michael Allen Westfall, age 73, of Joplin, passed away on Sunday, September 27, 2020 at Freeman West in Joplin following a sudden illness.

Mr. Westfall, son of the late Arthur and Fern (Paradee) Westfall, was born on July 13, 1947 in Joplin. He grew up in Saginaw and moved to Joplin where he attended Joplin High School and was an active ROTC cadet. He enlisted in the United States Navy in 1968 and served his country honorably. On November 19, 1976 he was united in marriage to Kathaleen “Sue” Duncan in Joplin. She preceded him in death on May 17, 2015. He was a certified electrician and previously worked for Jarden until his retirement. He later met Linda Davis, who he joined in marriage on December 9, 2017 at the Spring City Baptist Church, where they attended together. Michael enjoyed the outdoors, hunting, fishing, and black powder rifles. He had an avid interest in science and was a ham radio operator. He was a skillful guitar player and loved to play with family and friends.

Funeral services with military honors will be held on Friday, October 2, 2020 at 2:00 pm at the Mason-Woodard Mortuary in Joplin. The family will receive friends from 6:00 pm until 7:00 pm on Thursday, October 1st at the mortuary. Cremation will follow funeral services per Michael’s wishes.
Read Less

To send flowers to the family or plant a tree in memory of Michael Westfall, please visit our Heartfelt Sympathies Store.

Pam and Gary Clevenger and Dustin & Tracey Thomas & Family sent flowers to the family of Michael Westfall.
Show you care by sending flowers

Posted Oct 01, 2020 at 02:38pm
Wishing you peace to bring comfort, courage to face the days ahead and loving memories to forever hold in your hearts. Love and prayers,

Pam and Gary Clevenger purchased flowers and planted a memorial tree for the family of Michael Westfall. Send Flowers

Posted Sep 30, 2020 at 07:34pm
Linda, We are so sorry to hear of Mike's passing. We will be lifting you and your family up in prayer. Your friends from Spring City Baptist Church Douglas & Kem Tanner
Comment Share
Share via:
DF 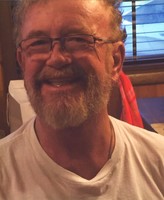 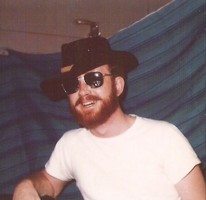 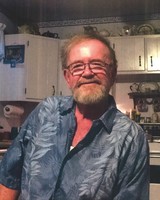