To share your memory on the wall of Diana Colbert, sign in using one of the following options:

Print
Diana Marie Fields-Colbert transitioned to be with the Lord on September 19, 2020 at the age of 67 following a bout with a long illness.

Diana was born on May 2, 1953, to the late Dave Levi & Exie Bell Edwards-Fields in Joplin, Missouri... Read More
Diana Marie Fields-Colbert transitioned to be with the Lord on September 19, 2020 at the age of 67 following a bout with a long illness.

Diana was born on May 2, 1953, to the late Dave Levi & Exie Bell Edwards-Fields in Joplin, Missouri at St John's Hospital. In that union she was the youngest daughter of 12 siblings from a combine marriage. She attended and graduated from George Washington Carver Nursery School, McKinley Elementary, East Junior High, Memorial High School, Crowder College in Neosho, Missouri Southern, BS Business Administration, Pittsburg University, MS Business Administration and courses for EDS in Human Resources.

Diana was a lifelong Joplin resident and member of Shiloh Missionary Baptist Church where at a young age was baptized and played the piano for the Youth choir. She ran track and was very active competing in sports and against her younger brothers. Diana was NAACP Youth Chapter President in her late teens and later became the Adult Chapter President serving for several years, following after one of Joplin’s renown Civic Leaders Mr. Duncan Brown.

Diana had a successful career working for the state of Missouri Career Development Center where she started in Joplin conducting local recruiting, counseling clients and creating job placement programs. She was later promoted to run a National program with Job Corp throughout the Midwest. Diana was responsible for recruiting and placement of individuals across the United States. Prior to her retirement due to illness, she was responsible for managing the recruitment territory for southwest Missouri. While a Board Member at the George Washington Carver Nursery School she worked tirelessly to obtain a Community Development Grant for $24,000 to complete various projects. As President of the Negro Community Center gained funding for the purchase of the adjoining building and renovation to the existing building. Diana was also an accomplishment grant writer.

Diana married Donald Colbert on April 13, 1979 and loved her husband dearly. God blessed them with 3 beautiful children DeLonte’ (Stephanie), Doniqua and Damian and 3 grandchildren Garyn, Camden and Korbyn. Their union blossomed on all levels that life could bring a sharing and caring family. Diana was a “loving” wife, daughter, mother, grandmother, sister, aunt, niece, cousin and friend that always promoted positive feelings. God has once again showed us his amazing grace by gifting us with Diana to demonstrate his “love” and “compassion”.

Diana is also survived by her, brothers Frank Holmes, Henry Fields (Cheryl), James Fields and a host of nieces and nephews, cousins and friends. For several years Diana received special and loving care from Twanna Anthony. Diana enjoyed her company and most recently her little buddy Legend. The family thanks Twanna for her tireless effort in caring for Diana. Preceding her in death are Dave (dad), Exie (mom); Dave Jr., Chester, Walter, Otis, Ogis and Julius (brothers); and Vanilla and Gladys(sisters).

To send flowers to the family or plant a tree in memory of Diana Marie Colbert, please visit our Heartfelt Sympathies Store.

We encourage you to share your most beloved memories of Diana here, so that the family and other loved ones can always see it. You can upload cherished photographs, or share your favorite stories, and can even comment on those shared by others.

Karen, Edward, and Zachery Armstrong, Jackie Nash and Family, and other have sent flowers to the family of Diana Marie Colbert.
Show you care by sending flowers

Posted Sep 30, 2020 at 02:05pm
i am very sorry for your loss.. I knew her iat Memorial and would often see her over the years in Joplin. She was a wonderful lady. May God Bless from John Cates
Comment Share
Share via:
HS

Flowers were purchased for the family of Diana Colbert. Send Flowers

Posted Sep 24, 2020 at 05:52pm
We are sorry to hear of the loss of Aunt Diane. She will never be forgotten. Sending our blessings, love, and prayers to the family.

Your family at EaglePicher

Your family at EaglePicher purchased flowers for the family of Diana Colbert. Send Flowers 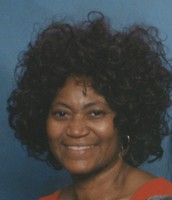 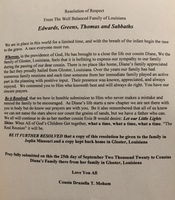