To share your memory on the wall of Stephen Krummel, sign in using one of the following options:

Mr. Krummel, son of the late Lauran and Norma Jean (Asher) Krummel, was born on August 5, 1960 in Joplin. As a child Stephen grew up with his brother and sister attending school in different towns, as his parents moved often for work along old highway 71 doing construction. In 1970 the family moved back to the Spring City area where he made his home. As a teenager he attended Seneca High School. In 1975 Steven was diagnosed a type one diabetic and was an avid advocate for diabetic education. He was always happy to talk diabetes with anyone who would lend a listening ear. He was a member of Operating Engineers local 101 and head mechanic for Snyder Bridge Company for over 20 years. He loved and enjoyed spending time with his family and having a good time was always priority with his nieces and nephews. When his family needed assistance with working on any kind of equipment or even doing some algebra he was always able to get the problems solved. Steven loved almost any kind of education on almost any subject. His loving heart and kindness did not stop with just his family. He was known to lend a helping hand to his fellow man and to stand up for those who were less fortunate.

Committal of ashes will be held at Hornet Cemetery in Hornet, Missouri on Saturday, September 19, 2020 at 11:00 AM for family and friends.

In lieu of flowers donations may be sent to the American diabetes association or Alzheimer’s association in his honor.

To send flowers to the family or plant a tree in memory of Stephen Krummel, please visit our Heartfelt Sympathies Store.

We encourage you to share your most beloved memories of Stephen here, so that the family and other loved ones can always see it. You can upload cherished photographs, or share your favorite stories, and can even comment on those shared by others. 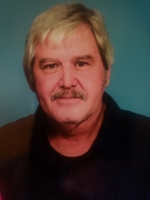