To share your memory on the wall of Cynthia White, sign in using one of the following options:

Cyndy, daughter of the late Elbert and Edna (Bianchini) McNeely, was born on February 11, 1948 in New Orleans, LA. In 1968, Cyndy and two of her sisters, enlisted together into the United States Air Force where she served as a dental hygienist. After serving her country honorably, she returned to raise her family. On July 29, 2000 she was united in marriage to Charles “Buck” White in Coffeen, IL. Together they enjoyed their time traveling to casinos and spending time with family. Cyndy was an avid jewelry designer and collector. She enjoyed creating and exploring jewelry design purchases.

Private family services will be held at a later date.

To send flowers to the family or plant a tree in memory of Cynthia White, please visit our Heartfelt Sympathies Store.

There are no events scheduled. You can still show your support by sending flowers directly to the family, or planting a memorial tree in memory of Cynthia White.
Visit the Heartfelt Sympathies Store

We encourage you to share your most beloved memories of Cynthia here, so that the family and other loved ones can always see it. You can upload cherished photographs, or share your favorite stories, and can even comment on those shared by others.

Posted Aug 04, 2020 at 11:30am
I'm glad I got to finally meet you in person. I will cherish the conversations and memories. My thoughts and prayers are with your family, rest in peace.
Comment Share
Share via:
A

Posted Jul 24, 2020 at 06:58pm
I love you granny and will miss you very much, glad we had our talks our personalities were so similar see you one of these days! I loved what I got to know❤️
Comment Share
Share via:
A

Posted Jul 24, 2020 at 02:40pm
I will miss you and love you forever my fun loving sister. You will be missed by many. You are now is the presence of Jesus and no longer in pain. You fought a terrific fight. Love You Always, Michael!
Comment Share
Share via:
A

I love you mom. You fought so hard. I miss you forever. I struggle for words. May the blood of Jesus cover you . To be absent from the body is to be present with the Lord. In Jesus mighty name, Amen ! Your oldest daughter , Annalisa
A 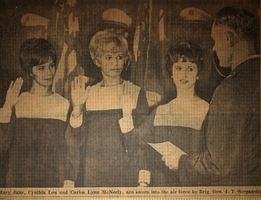 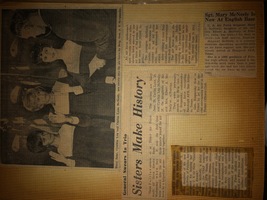