To share your memory on the wall of Virginia Hamilton, sign in using one of the following options:

Virginia was born on July 11, 1923 in Marysville, KS, the daughter of the late Elmer V. and Christin... Read More
Virginia M. Hamilton, age 96, of Joplin, MO, passed away on Saturday June 27, 2020, at Webb City Health and Rehab, following an illness.

Virginia was born on July 11, 1923 in Marysville, KS, the daughter of the late Elmer V. and Christina (Brunnenmeyer) Morgan. She graduated in 1941 from Marysville High School. She started working as a telephone operator in 1942. She was the Chief operator for Southwestern Bell and AT&T and served as manager of operations in Marysville, KS and Hays, KS from 1953 to May 1981. She was a member of Bethany Presbyterian Church. She was also a member of GFWC and Beta Sigma Phi International.

Graveside services will be 10:00 a.m. Friday at Ozark Memorial Park Mausoleum. Steve Jones, Minister will officiate. The family will receive friends at a time of visitation 6-7 p.m. Thursday at Mason-Woodard Mortuary.

Arrangements are under the direction of Mason-Woodard Mortuary& Crematory.
Read Less

To send flowers to the family or plant a tree in memory of Virginia Mae Hamilton, please visit our Heartfelt Sympathies Store.

We encourage you to share your most beloved memories of Virginia here, so that the family and other loved ones can always see it. You can upload cherished photographs, or share your favorite stories, and can even comment on those shared by others.

Posted Jun 29, 2020 at 06:16pm
Sorry for the lost. Prayers for the family. I have enjoyed taking care of her. She will be missed. When I would feed her I would play music for her & she would just smile at me. Carrie
Comment Share
Share via: 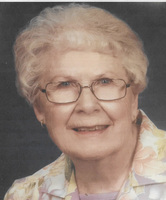