To share your memory on the wall of Clarence Clark, sign in using one of the following options:

Clarence and Donnia Sue Prier, were united in marriage on May 2, 1958. Together they had three children, Kenny... Read More
Clarence Richard Clark, born May 28, 1938 in Englewood, CA to Sherman and Thelma (Eads) Clark, passed away on May 14, 2020.

Clarence and Donnia Sue Prier, were united in marriage on May 2, 1958. Together they had three children, Kenny, Kimberly, and Cindy. Sue always said they raised three kids and a business. He and Sue started their own business in 1965 in Carthage. They moved to Joplin in 1967 and Clark’s Machine Shop became a part of Joplin history.

One of Clarences greatest enjoyments was traveling to the Colorado Mountains by Gold Wing, dirt bikes, and four-wheelers. He loved sharing the sights and places of Colorado with his family and friends.

He was preceded in death by his parents, one brother, CC, his sisters, Irene, Roma Jean, and one granddaughter, Kacee.

Memorial funeral services will be held on Tuesday, May 19, 2020 at 1:00 pm at the Mason-Woodard Mortuary in Joplin with Jim Martin officiating. Private family burial will be held at a later date at the Hazelgreen Cemetery in Boulder City, Mo. The family will receive friends on Monday, May 18th from 6:00 pm until 7:00 pm at the mortuary. Memorial contributions may be made to the Children's Miracle Network or to the St. Jude's Children's Research Hospital and may be entrusted to the mortuary.
Read Less

To send flowers to the family or plant a tree in memory of Clarence R Clark, please visit our Heartfelt Sympathies Store.

We encourage you to share your most beloved memories of Clarence here, so that the family and other loved ones can always see it. You can upload cherished photographs, or share your favorite stories, and can even comment on those shared by others.

N/A sent flowers to the family of Clarence R Clark.
Show you care by sending flowers

Posted May 19, 2020 at 01:33pm
So sorry Sue. Clarence was a wonderful man and although we drifted far apart, Clarence and Clarks Machine made a lasting impression on me.

Posted May 17, 2020 at 06:04pm
Sue, I am truly sorry for your loss. Working for you folks was such a blessing for me. I really needed that experience and it served me well for all my future adventures. I used many of the things that Clarence showed me in his shop in my shop classes. I am so glad I made it by to see you guys a while back.

Posted May 16, 2020 at 11:55am
Sue & Family,
Jane & I were saddened by Clarence's untimely passing. We had many great years as neighbors. The kids running to catch the bus everyday.
May God bless you and your family. John & Jane Sohosky
Comment Share
Share via: 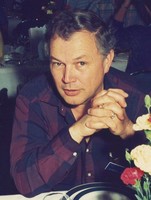 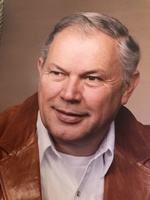