To share your memory on the wall of Woodrow Cheesman, sign in using one of the following options:

His family moved west when he was yo... Read More
Woodrow Wilson Cheesman, II, died 18 March 2020 at home in Webb City, Missouri. He was born 9 February 1947 in Macomb, Illinois, the youngest of five children, to Woodrow and Hazel (Martin) Cheesman.

His family moved west when he was young, eventually settling in California, where Woody grew up, playing baseball as a catcher and honing the entrepreneurial skills he would use the rest of his life. After he graduated from John Muir High School in Pasadena, he headed east in a car he bought for $100 to Illinois College in Jacksonville, Illinois. During his four years in college, he met and married Ruth Stewart, worked full-time for Osco Drug, had his first child, and earned a Bachelor’s degree in History, with a minor in English.

In the ensuing years, he moved often with his growing family, pursuing a better life. Among his occupations, he taught high school and coached football, baseball, and basketball; farmed in Illinois and Missouri; sold office products, agricultural seed, and insurance; and built two agricultural seed companies. He supported his second wife’s development of a hippotherapy program that assisted special needs children through horseback riding. In addition to working, he enjoyed raising chickens and turkeys, fishing with his grandchildren, and walking along creeks and through old rural cemeteries with his dog.

The family will have a Celebration of Life ceremony at a later date.

In lieu of flowers, the family requests donations be made to Oaks Indian Mission or another charity that helps children. The website for Oaks is https://www.oaksindianmission.org/.

To send flowers to the family or plant a tree in memory of Woodrow Wilson Cheesman II, please visit our Heartfelt Sympathies Store.

There are no events scheduled. You can still show your support by sending flowers directly to the family, or planting a memorial tree in memory of Woodrow Wilson Cheesman II.
Visit the Heartfelt Sympathies Store

We encourage you to share your most beloved memories of Woodrow here, so that the family and other loved ones can always see it. You can upload cherished photographs, or share your favorite stories, and can even comment on those shared by others.

Posted Mar 22, 2020 at 11:59am
Woody was such a kind, caring man. He went out of his way to help everyone. He boarded our horses for about two years and cared for them exceptionally well. He was always singing gospel songs as he cleaned stalls and watered the riding arena in the barn. He would even go bring them in during the night if lightening in the area. Gabby was always by his side and loved him so much. I will definitely miss this wonderful man.
Comment Share
Share via:
DG

Posted Mar 21, 2020 at 08:19pm
I was one of his students at New Betlin and over the years, I’ve always wanted to run into Mr. Cheezman and tell him THANKS SIO MUCH for taking time out of history for a couple weeks and teaching us how to be interviewed for jobs. I’ve had every job I’ve ever wanted (and now retired so that was a long time ago)because he took that extra time yo train us for the future. Donna Gresham
Comment Share
Share via:
K

Posted Mar 21, 2020 at 06:38pm
Grandpa , you taught me so much about life. You taught me the value of hard work, about kindness, about love. I will forever cherish memories of weekends at grandpas and all the different adventures we went on. Give Reggie a big hug and kiss for me. I love you so much and like I always say this isn’t goodbye, it’s just “see ya later”.
Comment Share
Share via:
GM

Mr Cheesman, was my football coach, junior and senior year, at New Berlin High. I only knew him for those two years, but he impacted my life greatly. Tought me to attack life and never give up. On the field he pushed us and took us farther than we thought we could go. He disciplined us hard and cared much. Taking the things he tought us, have helped me in ministry around the world. Persistance, patience, discipline, do what you love. Thanks Coach Woody 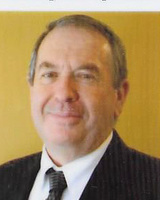 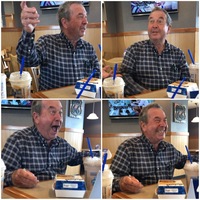