To share your memory on the wall of George Creekmore, sign in using one of the following options:

Print
George Dale Creekmore, age 73 of Diamond, Mo. passed away on Tuesday, December 31, 2019 at his home surrounded by his loving family.

Dale was born on November 12, 1946 in Harrison, Ar., the son of Dennis Creekmore and Anna Belle Hudspeth... Read More
George Dale Creekmore, age 73 of Diamond, Mo. passed away on Tuesday, December 31, 2019 at his home surrounded by his loving family.

Dale was born on November 12, 1946 in Harrison, Ar., the son of Dennis Creekmore and Anna Belle Hudspeth. He has been a long-time area resident. Dale proudly served his country as part of the U.S. Army and served a tour in Korea. Following his service, Dale worked for 40 years as an owner/operator in the trucking business. Dale was a loving husband and father who during his youth enjoyed attending Ozark Christian Church Camp with his siblings and spending days at Leonard pool in Joplin. Later in life he spent his summers coaching little league baseball at Ozark little league and taking his children, nephews and nieces to ride horses in local Show-de-o's. He enjoyed spending time on his farm with his dogs and cattle. Dale also enjoyed camping and spending time at the lake.

Dale was preceded in death by his father, a daughter; Tuesday Creekmore, and 2 brothers; Glen Reineke and Phil Martin, and a sister, Nancy Creekmore.

Funeral services have been scheduled for 10:00 a.m. Monday, January 6, 2020 at the Mason-Woodard Chapel. Pastor Jody Ray, will officiate. Burial will follow at Stone Cemetery near Diamond, Mo. The family will receive friends during a time of visitation from 3 to 4 p.m. Sunday, January 5, 2020 at the funeral home.

To send flowers to the family or plant a tree in memory of George Dale Creekmore, please visit our Heartfelt Sympathies Store.

Flowers were purchased for the family of George Creekmore. Send Flowers

Posted Jan 04, 2020 at 12:08am
I remember when i was a little girl and i always got to see him at our family reunions/Thanksgiving dinners i loved him so much and he will be missed i love you uncle Dale-Holly Hudspeth
Comment Share
Share via:
KG

Posted Jan 03, 2020 at 04:42pm
Trina and Robert, so sorry for your loss. You have been on my mind for months. Kayla saw a post on facebook and she sent to me. You are in our thoughts and prayers. Kayla Kifer and Karla Gallamore.
Comment Share
Share via:
DR

Posted Jan 03, 2020 at 11:11am
Trina, Robert, & Cher, I am so sorry for your loss. I first met Dale when I was fourteen years old. I always thought of him as a kind and gentle soul. He was quick to laugh and slow to anger.

Mrs. Anna Belle, I am so sorry for your loss of your precious son. Thank you for sharing him with us. God bless you and your family.
Comment Share
Share via: 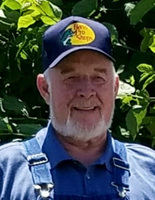