To share your memory on the wall of David Johnson, sign in using one of the following options:

Provide comfort for the family of David Johnson with a meaningful gesture of sympathy.

Survivors include his wife, Lora Johnson, of Joplin; one son, Benjamin Johnson, and his wife, Faith, of Moundville, MO; two grandchildren, Desiree and Daniel Johnson, with one more grandchild on the way; one brother, Kenneth Wayne Johnson, of Webbers Falls, OK; one sister, Teresa Roughton, and her husband, Kevin, of Dickinson, TX; one nephew, Kevin Chase Roughton; and two nieces Lacey Roughton, and Wendy Johnson.

Private family services are being held with burial at a later date at the Agnew Cemetery in Keefton, Ok. Memorial contributions may be made to the American Heart Association and may be entrusted to the mortuary.

Arrangements are under the care and direction of Mason-Woodard Mortuary & Crematory in Joplin.
Read Less

We encourage you to share your most beloved memories of David here, so that the family and other loved ones can always see it. You can upload cherished photographs, or share your favorite stories, and can even comment on those shared by others.

Posted Jan 03, 2020 at 02:16pm
My sincere sympathy and deepest condolences to the family. My husband Darrell worked with David at Quest and Darrell spoke of him often. If I remember correctly, David did some training with Darrell when he was first hired and was especially kind and helpful to Darrell after he became ill and was still trying to work. I'm so sorry for your loss.
Comment Share
Share via:
PS

Posted Jan 02, 2020 at 11:53pm
Was greatly saddened to hear that Dave had passed on . Worked with him for years and he was an above average employee and went that extra mile ! He had the best laugh and smile and could turn a bad day around .... my condolences to his family my heart aches for you .
Comment Share
Share via:
LJ

Thank you so much for shating! You are absolutely right about him being an above average employee & I could hundreds of reasons why he was, but you also right about his infectious laughter & smile that could turn a day around! That's what I'm gonna miss most!
LJ

I know the name. I want to say you're the lady out by all the blackbirds, with the horse. You gave him some gloves one year for Christmas, but he stopped picking up from you about 3 or 4 years ago. Am I thinking of the right person?
PA

Posted Jan 02, 2020 at 03:23pm
I worked with Dave at Quest Diagnostics, and worked with other members of his family,Teresa, Lacey, and Chase. Last Friday Dave picked up my specimens and we had a really nice conversation about our families, and their lives. I’m so glad we got to have that conversation, he was excited talking about everyone, and his grandchild on the way. I will miss his wit, infectious laugh, and kind heart. My deepest condolences to you all. Sincerely, Pam Ames
Comment Share
Share via:
LJ

Thank you so much for sharing! David spoke of you often. He did love his family! He left a place in our hearts we can never fill. 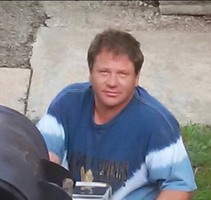