To share your memory on the wall of Robert Long, sign in using one of the following options:

Robert was born on November 23, 1932 in Scotland, MO, the son of the late Charles and Minnie (Morgan) Long. He married Donna Dorcelene Frerer on April 21, 1951 in Scotland, MO. Together they had two children.
He worked as an acid operator for Atlas Powder Company for 39 years retiring in 1990. He was an active member of Faith Assembly. Robert was an avid fan of the St. Louis Cardinals and enjoyed spending time with his grandkids.

Robert is survived by his wife, Donna Dorcelene Long, Joplin; one son, Corky Long and wife, Binda of Diamond, MO.; and seven grandchildren; twelve great-grandchildren. Robert was preceded in death by one son, Stephen Long in 2014; seven brothers and two sisters.

Funeral services will be 11:00 a.m. Monday at Faith Assembly. Pastor Larry Griffin will officiate. Burial will follow in Stone Cemetery, near Diamond MO. The visitation will be 3-4 p.m. Sunday at Mason-Woodard Chapel.

To send flowers to the family or plant a tree in memory of Robert ""Satch"" Long, please visit our Heartfelt Sympathies Store.

Tracy (Combs) Cisco, TERRI COMBS and family, and other have sent flowers to the family of Robert ""Satch"" Long.
Show you care by sending flowers

Posted Nov 15, 2019 at 11:03am
Wishing you strength and comfort during this time of sadness. Robert leaves behind many fond memories for all who knew him. Our warmest condolences.

Posted Nov 14, 2019 at 06:57pm
With the fondest of memories and love. May God bless our dear friend Robert and family.

Posted Nov 14, 2019 at 10:31am
Please accept our most heartfelt sympathies for your loss... Our thoughts and prayers are with you and your family during this difficult time.

Posted Nov 13, 2019 at 07:14pm
"SATCH"..I sure hope Heaven has a lot of quail for you and the rest of the Long boys to get out and hunt once again. I have so many wonderful memories of sitting out in the yard at Charlie and Minnies house in Scotland with my grandparents Jim and Ida Morgan and eating watermelon and listening to the Long boys sing and play gitars. Rest in Peace cousin. Marvin Morgan....Davenport, Iowa
Comment Share
Share via: 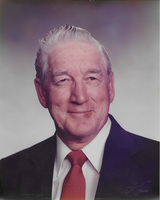