To share your memory on the wall of Earl Perry, sign in using one of the following options:

Provide comfort for the family of Earl Perry with a meaningful gesture of sympathy.

Earl was born in West Plains, MO, the son of the late Willis Austin Perry and Nellie Ida (Lathrop) Perry. He attended Coats School in Decatur, AR, and Eugene Fields School in Pittsburg, KS. In 1938 he graduated from Pittsburg High School, Pittsburg, KS. He then graduated with an AB from Pittsburg State Teachers College now known as Pittsburg State University. He received his BD & MA from Perkins Theological Seminary at SMU, in Dallas, TX. He married Wilma Magnolia Clementine Powers on January 1, 1943 at the First Methodist Church in Pittsburg, KS. Together they were given four children.

Earl served on various UMC Boards and Committees. He served as Trustee for the Kansas East Conference, Bethany Hospital in Kansas City, Ks, Friendly Acres Retirement Home, and Older Adult Resource Center. He was a member of Rotary International and served as president of North Topeka Kiwanis Club 1981-1982. He was listed in the Who’s Who in Religion, Who’s Who in the Methodist Church, Who’s Who in Methodism, and the Pastoral Record Book.

Earl was preceded in death by a daughter, Coranell Anne Perry; a son, Jonathan Earl Perry; and a grandson, Thomas Frank Jones, V.

We encourage you to share your most beloved memories of Earl here, so that the family and other loved ones can always see it. You can upload cherished photographs, or share your favorite stories, and can even comment on those shared by others.

Posted Nov 18, 2019 at 05:21pm
Truly a lovely man. Always enjoyed speaking with him at church. No doubt he knew Jesus very well.
Comment Share
Share via:
B

Posted Oct 24, 2019 at 04:42pm
I knew Earl whend he volunteered at Freeman Health system. He was such a sweetheart. We were blessed to know him. Condolences to his wife and family.
Comment Share
Share via: 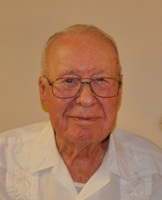