To share your memory on the wall of Frank Harris, sign in using one of the following options:

Provide comfort for the family of Frank Harris with a meaningful gesture of sympathy.

The Family will receive friends during a time of visitation from 6 to 7 p.m. on Wednesday, September 4th at the funeral home.

The family has requsted contributions be made to the Parkinson's Foundation in care of the Mortuary.

Arrangements have been entrusted to Mason-Woodard Mortuary and Crematory.
Read Less

To send flowers to the family or plant a tree in memory of Frank D. Harris, please visit our Heartfelt Sympathies Store.

We encourage you to share your most beloved memories of Frank here, so that the family and other loved ones can always see it. You can upload cherished photographs, or share your favorite stories, and can even comment on those shared by others.

East Coast Warehouse Team and John Wenninghoff have sent flowers to the family of Frank D. Harris.
Show you care by sending flowers

Posted Sep 04, 2019 at 11:36pm
Rhonda and family we are so sorry to hear of your Dad’s passing. Our thoughts and prayers go out to all the family. 🙏
Comment Share
Share via:
HS

Flowers were purchased for the family of Frank Harris. Send Flowers

Flowers were purchased for the family of Frank Harris. Send Flowers 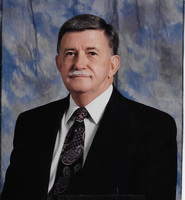