To share your memory on the wall of Glenn Wilson, sign in using one of the following options:

Provide comfort for the family of Glenn Wilson with a meaningful gesture of sympathy.

Glenn was born on November 30, 1930 in Webb City, Mo., to the late Cecil and Grace (Gibson) Wilson. He graduated from Carl Junction High School in 1948. He served his country in the United States Army and the Army Reserves from 1951 to 1981. He retired as a Full Colonel. He married Dorothy Jeans on June 11, 1954. Together they made their home on a ranch near Joplin, MO.

Glenn worked as the Personnel Director for Teledyne for twenty-six years, he also owned Glenn Wilson Trucking and leased trucks to Tri-State Motor Transit, Joplin and Arrow Trucking, Tulsa for twenty- five years. Glenn was very active in his Community. He was a longtime active member of the Duenweg Baptist Church where he was a Deacon. He served on the Missouri Southern State University Board of Regents. Glenn was one of the original members of the Missouri Southern Foundation Board, serving as Treasurer. In 2019 he was awarded the Lionhearted Award. He served as Newton County Presiding Commissioner from 1997 to 2000. He was also a member of the Reserve Officer Association. He enjoyed being a rancher.

He was preceded in death by his wife Dorothy Wilson, on May 3, 2009; three brothers, Cecil Wilson, Jr., Art Wilson, and Dannie Wilson.

The family will receive friends 6-7 p.m. Wednesday at Mason-Woodard Chapel. Memorial contributions may be given to the MSSU Foundation Glenn Wilson Scholarship Fund, in care of the mortuary.

To send flowers to the family or plant a tree in memory of Glenn D. Wilson, please visit our Heartfelt Sympathies Store.

We encourage you to share your most beloved memories of Glenn here, so that the family and other loved ones can always see it. You can upload cherished photographs, or share your favorite stories, and can even comment on those shared by others.

Posted Sep 09, 2019 at 03:24pm
Im so sorry i didnt hear bout glen passing til tday...i felt priviledged to be his caregiver for a time...he was such a great person ..he was one of those people u thought would live forever. I considered him a dear friend and will miss him . sincerely Lori jessup
Comment Share
Share via:
JL

Posted Aug 28, 2019 at 09:53pm
I am very saddened to hear of the passing of my friend Glenn Wilson. When I became president of Missouri Southern State University, Glenn was on the Board of Regents, and through my 25 years as president, he would serve two other terms on the Board. A university president could not have had a more supportive board member than Glenn. I regret that I will not be able to attend Glenn's services. I will always remember his support, his advise, and his willingness to be a Lion, whether on the Board of the University, the foundation or the Lionbackers. When I would attend Southern's basketball games, I would go to the stands, right behind the announcers table, to say Hi to Glenn. He would always be there cheering the Lions. Missouri Southern and I owe Glenn Wilson a debt of gratitude for his unconditional love for Missouri Southern. I will miss him.
Julio S Leon
Comment Share
Share via: 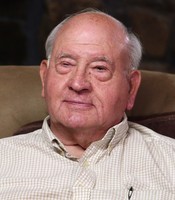