To share your memory on the wall of Gary Morrison, sign in using one of the following options:

Provide comfort for the family of Gary Morrison with a meaningful gesture of sympathy.

Gary was born on April 29, 1940 in West Plains, MO, the son of the late William M. Morrison and Ruby Viola (Bivins) Morrison. He graduated from Gainesville High School in 1958. He attended SMS in Springfield, MO. He married Carol Ann Exline on December 27, 1959 in Gainesville, MO, together they raised four children.

Gary began his working career at Morrison Cement Company. He then worked for the Bank of Gainesville. While in Gainesville he started the Morrison Drilling Company. In 1966 he entered fulltime Ministry for the Church of Christ in Crossville, IL. In 1969 the family moved to Derby, KS to minister the Church there. In 1979 the family moved to Joplin, where he was the minister of Fourth & Forest Church of Christ. The Church later became Mount Hope Church of Christ. He left fulltime ministry and worked as the marketing director for Allgeier Martin & Associates, retiring in 2006. Following retirement, he became the co-owner of Show Me Satellite, Log Homes & Wood Furnace. He also, was the voice for many local T.V. commercials and he narrated the George Washington Carver tourist video. He was a panel member of the T.V. broadcast of “What Does The Bible Say”.

Gary was very active in his community. He served as an Elder of the Church for twenty-five years. He established the Joplin Police Department Chaplains Program. He served as chaplain for Freeman Hospital. He was a member and past president of Joplin Kiwanis Club, and was a proud member of the Missouri Archeology Society.

He was an accomplished musician. He played six instruments and sang in a quartet for many years. He enjoyed hunting, building his log home, but mostly spending time with his family. Words can not describe who Gary was as a person. He was a kind, compassionate and caring man. His Church family and community were so important to him He was a wonderful husband, father, and grandfather. He inspired others to be a better version of themselves. He will be greatly missed.

He was preceded in death by a grandson, Treff O. Carpenter; a brother, Nolan B. Morrison; a sister, Nadine Morrison Ebrite; and his mother and father-in- law, Mattalene and Bill Exline.

We encourage you to share your most beloved memories of Gary here, so that the family and other loved ones can always see it. You can upload cherished photographs, or share your favorite stories, and can even comment on those shared by others.

Karla and Brian Robbins, Monica Duncan, and others have sent flowers to the family of Gary D. Morrison.
Show you care by sending flowers

Posted Jul 01, 2019 at 07:21am
We shared birthdays and I knew Gary by way of Joplin radio. Loved all of the great things he did all through his life in our Joplin area. He will be missed but Gary would say to all of us, If you could only see me now, you would have no tears. Heaven is truly worth it all to see Christ and to know him and the power of His resurrection. May the Grace and Peace and Comfort be on all of those who knew and loves Gary as he helped all of us know God though Jesus Christ!
Comment Share
Share via:
HS

Posted Jun 30, 2019 at 12:46pm
We love you and are praying for you as you walk this journey. We are thankful to have known Gary and to be impacted by the wonderful life he lived.

Flowers were purchased for the family of Gary Morrison. Send Flowers

Posted Jun 30, 2019 at 11:39am
With all our love, May God comfort each of you. You are in our thoughts and prayers! Love Grandma T., Mike Therrien & family, Brad, Janet & family, Stacie Zimmerman & family

Flowers were purchased for the family of Gary Morrison. Send Flowers 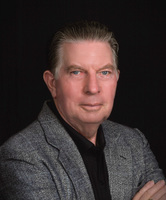