To share your memory on the wall of Steve Houk, sign in using one of the following options:

Provide comfort for the family of Steve Houk with a meaningful gesture of sympathy.

Steve grew up in the Tipton Ford Area and graduated from Neosho High School in 1971. During high school he became a long-distance runner. Upon graduation he was awarded a full track scholarship to the University of Arkansas. He was an accomplished cross-country runner for four years while at the University, becoming one of coach McDonnell’s favorites. He graduated with a Bachelor’s of Science Degree in Education and an Associate’s Degree of Science in Surveying.

Steve married Pam Robertson on March 16, 1987. With this marriage he was blessed with a beautiful ten-year-old daughter. They made their home on a farm north of Neosho where they loved to raise horses, garden and enjoy the peace that country life provided. He was active in Newton County 4-H, and watching numerous sports activities that his daughter and grandchildren were involved in. Steve was also an avid griller and would grill steaks in the rain or snow. He was a loyal Arkansas Razorbacks “Hogs” fan. He loved reading, horseback riding, snow and water skiing and scuba diving.

He worked twenty years for Allgeier Martin & Associates as a land surveyor. He was licensed in four states. He finished his career at the Newton County Assessor’s office, retiring in 2015.

Steve was a Christian and a member of Central Christian Center. He served several years as a Deacon. He had a kind and gentle spirit, and championed fairness. He was a wonderful husband, father, grandfather and friend. He will be greatly missed.

Memorial contributions may be given to the Myotonic Muscular Dystrophy Trust established to help family members who may battle this disease in the future.
Read Less

We encourage you to share your most beloved memories of Steve here, so that the family and other loved ones can always see it. You can upload cherished photographs, or share your favorite stories, and can even comment on those shared by others.

Stuart S. Penn, Paul & Janet Taylor and Natalie Taylor-Moore, and others have sent flowers to the family of Steve Houk.
Show you care by sending flowers

Posted Jun 26, 2019 at 06:10pm
I considered Steve my best friend in high school. We ran track and cross country together together. Before school I would leave from Neosho and he would leave from his home in Tipton Ford . We would meet in the middle and then run back to school. We had 1st hour P.E. and our P.E. teacher would let us run around town for the first hour of class. Such good times. We did 4-H camp. first double dates, drive in shows and over nights. I will love and miss Steve. He will never be replaced. My best to his family, brother and mom. Keith Hinegardner

Posted Jun 26, 2019 at 01:55pm
Pam, So sorry to hear of Steve's passing. He was such a sweetheart! My heart goes out to you and all of his family. I was in 4-H with Shaun & Steve. We used to swim at Cedar Creek as kids. We sure had a lot of fun years ago! God Bless, Lisa Johnson (Smith)
Comment Share
Share via:
RB

Posted Jun 26, 2019 at 09:39am
As a freshman on the 1973 Arkansas cross country team I spent many hours running with Steve. He was The Man; tough, poised and always with a story to help the miles go by quicker. I remember we were all laughing so hard at one tale that the whole squad stopped, doubled over in laughter and tears blocking our eyes. He was the leader of this crew. I am very sorry for your loss.
Comment Share
Share via:
J

Posted Jun 25, 2019 at 08:56pm
Steve was a great man! I’m glad I got to know him and be called his friend. Ill miss his humor and wisdom. He was an inspiration to many including myself. He’ll be missed.
Comment Share
Share via:
B

Posted Jun 25, 2019 at 06:55pm
Pam, so sorry to hear about Steve''s passing. My heart so out to you and your family during this sad time. Becky martin
Comment Share
Share via: 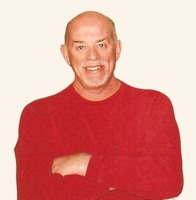