To share your memory on the wall of Trong Pham, sign in using one of the following options:

Provide comfort for the family of Trong Pham with a meaningful gesture of sympathy.

Print
Trong Dinh Pham, age 82, of Webb City, Mo., passed away on Tuesday June 11, 2019, at his home surrounded by his family, following a courageous battle with cancer.

Trong was born on April 12, 1937 in Thai Binh, Central Vietnam, the son of... Read More
Trong Dinh Pham, age 82, of Webb City, Mo., passed away on Tuesday June 11, 2019, at his home surrounded by his family, following a courageous battle with cancer.

Trong was born on April 12, 1937 in Thai Binh, Central Vietnam, the son of the late Phuc Cao Pham and Chi Thi Nguyen. He served as a Major in the South Vietnamese Army for five years in Ban Me Thuot. He was held in a North Vietnamese prison camp for thirteen years until 1988. Upon his release he came to the United States with his family. They lived in Tulsa, Ok. until moving to Webb City in 1990. He worked several years for Butterball.

Mass of Christian Burial will be 10:00 a.m. Monday at Congregation of the Mother of the Redeemer, Carthage, Mo. Burial will be in Mount Hope Cemetery, Webb City, Mo. The pallbearers will be Ho, Trung, Truc, Chau, Thanh, and Tuan.
Arrangements are under the direction of Mason-Woodard Mortuary & Crematory.
Read Less

To send flowers to the family or plant a tree in memory of Trong Dinh Pham, please visit our Heartfelt Sympathies Store.

We encourage you to share your most beloved memories of Trong here, so that the family and other loved ones can always see it. You can upload cherished photographs, or share your favorite stories, and can even comment on those shared by others. 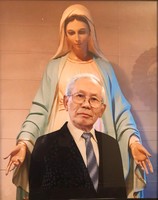