To share your memory on the wall of George Woods, sign in using one of the following options:

Provide comfort for the family of George Woods with a meaningful gesture of sympathy.

A Celebration of Life will be held at Briarbrook Country Club in Carl Junction, MO beginning at 2 o’clock in the afternoon on Saturday March 23rd.

Cremation arrangements are under the care and direction of Mason-Woodard Mortuary & Crematory.
Read Less

Tera Linehan, Alyssa (Lindley) Osborne, and others have sent flowers to the family of George T Woods.
Show you care by sending flowers

Posted Mar 23, 2019 at 10:46am
Wishing you peace to bring comfort, courage to face the days ahead and loving memories to forever hold in your hearts. With love,

Flowers were purchased for the family of George Woods. Send Flowers

Posted Mar 22, 2019 at 03:21pm
Wishing you peace to bring comfort, courage and loving memories to forever hold in your hearts. From the Linehans, Tera, Jordan, Aden, and Kevin

Tera Linehan purchased the The FTD Comfort Planter for the family of George Woods. Send Flowers

Posted Mar 22, 2019 at 09:28am
Please accept our most heartfelt sympathies for your loss... Our thoughts are with you and your family during this difficult time.

Posted Mar 22, 2019 at 02:18am
George was a great man. He will be misses, I remember going over to the girls house and play when I was little. He will be missed. Tell my momma hi when you get to heaven and that I love her.
Comment Share
Share via: 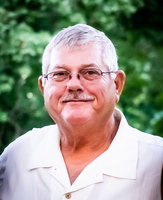