In Memory of
Jerry L.
Rogers
1965 - 2018
Click above to light a memorial candle.
This Book of Memories memorial website allows family and friends a place to re-visit, share and enhance this tribute for future generations.
Open Full Navigation
Close
Menu
Click here to
Send
Flowers 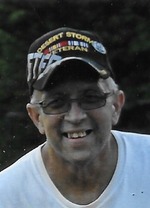 Jerry L. Rogers, age 52, of Webb City, Mo. passed away at 3:20 a.m. Thursday, January 18, 2018 at his home. Jerry was born July 27, 1965 in Lawrence, Kansas. He had lived in the Joplin area most of his life. Jerry was employed as a Carpenter, working with both Crossland Construction Co and the American Construction Co. He also worked at Lowe’s as an associate and thought very highly of the people he worked with. Jerry served seven years with the Seneca Fire Dept., achieving the rank of Captain. Jerry served his country in the U. S. Army during the Gulf War as a combat medic. During his service he received the Army Commendation Medal, the Good Conduct Medal, two Army Achievement Medals, the Kuwait Liberation Medal, the National Defense Medal and Bronze Star. He was a member of the V.F.W. Post 2590 in Carthage, Mo.

Jerry has been cremated. Graveside services with Military Honors will be held at 11:00 a.m. Saturday, January 27, 2018 at Mt. Hope Cemetery Open Air Chapel. Arrangements have been entrusted to Mason-Woodard Mortuary and Crematory of Joplin, Mo.

To send flowers to the family or plant a tree in memory of Jerry L. Rogers, please visit our Heartfelt Sympathies Store.